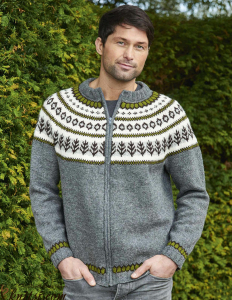 Note: Snaeldan yarn is designed to be knitted with a slightly looser tension than you might expect for a yarn of this weight, to allow for a little fulling to happen in the washing process. Be certain that the colourwork does not distort the tension. If necessary, work all two-colour rounds with a set of larger needles in order to obtain consistent tension.

Nine stitches of the steek are not included in the total stitch counts. Work steek in alternating colours on two-colour rounds (in vertical stripes), beginning and ending with 1 st in yarn D. Work single-colour rounds of steek in one colour. Stitches are picked up for the zip openings using the first (and last) steek stitches as a guide.

Work Chart A as follows:

All sizes except Size S

Cont in patt as set until rnd 9 of Chart B has been completed. Break all yarns except A.

Piece will now be worked back and forth. First 2 sts of next row have already been worked.

Work Chart B as folls:

Work through 9 rnds of Chart B, skipping rnd 5.

All sizes except Size S

Break all yarns except A and knit 1 rnd.

Cast off in patt.

Repeat for other sleeve.

Beginning with a RS row (2 sts already worked at beg of row), shape back neck as follows:

Next row (RS): Knit to end of row, working wraps with wrapped sts.

Working wraps on next row with wrapped sts, continue as follows:

Work even in patt as set until collar meas approx. 7 cm from pick-up edge.

Cast off in patt.

Reinforce steeks by crocheting or sewing a column through the stitches, either side of the centre stitch, and cutting between these two lines.

Using 4mm circular needles, 80cm long, and yarn A, pick up and knit approx. 1 st for every row up one side of cut steek. Starting with a WS row, work 2 rows in st st. Knit 1 WS row.

Work other side the same.

Sew zip in place and fasten the steek flaps on the inside of the cardigan. Fold collar in half and secure collar cast-off to inside. Weave in all remaining ends. Wash the cardigan in hand-warm water using Navia Wool Care or another suitable wool wash, and rinse in successively colder batches of water. Reshape to desired dimensions and leave to dry on a towel. 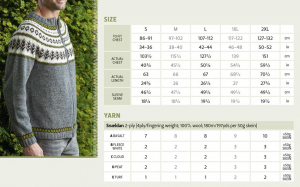 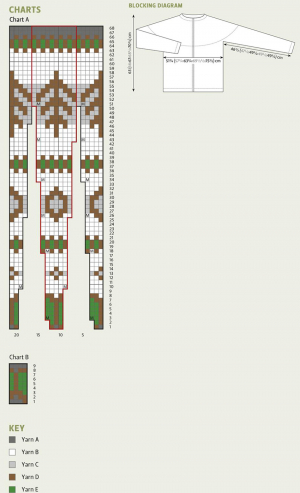